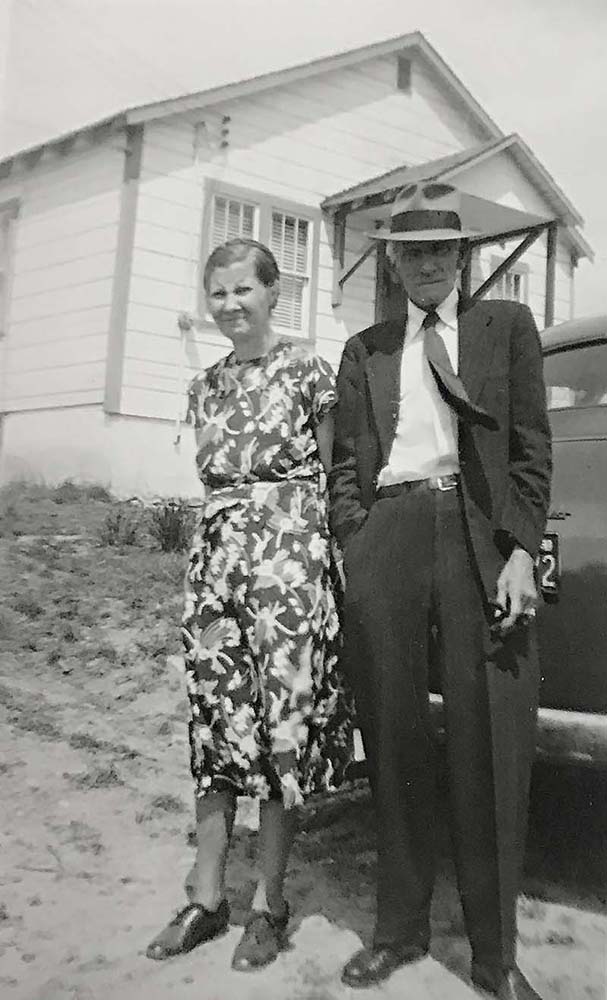 Pearl moved with his family to Commerce, Missouri. He worked as a farm laborer, and at the light plant (Missouri utilities) putting up utility poles in Cape Girardeau, and at Hills Electric Shop at 109 Broadway, Cape Girardeau. During the depression he worked for W.P.A. (Works Progress Administration) constructing and maintaining Fountain Park on Cape Rock Drive in Cape Girardeau, which is today across from the water purification plant.

Manna's family owned the land at Trail of Tears State Park and the home was located to the right side of the road as you enter the park, nestled next to the creek where the family drew water. This is where she grew up. The family was devastated to loose their home to the State for the creation of the park. She worked as a teacher at a one-room school house in the area. During the depression she worked as a house keeper in a private home. Manna attended Third Street Methodist Church, Cape Girardeau, Missouri, for many years.

Pearl was a veteran of World War I. 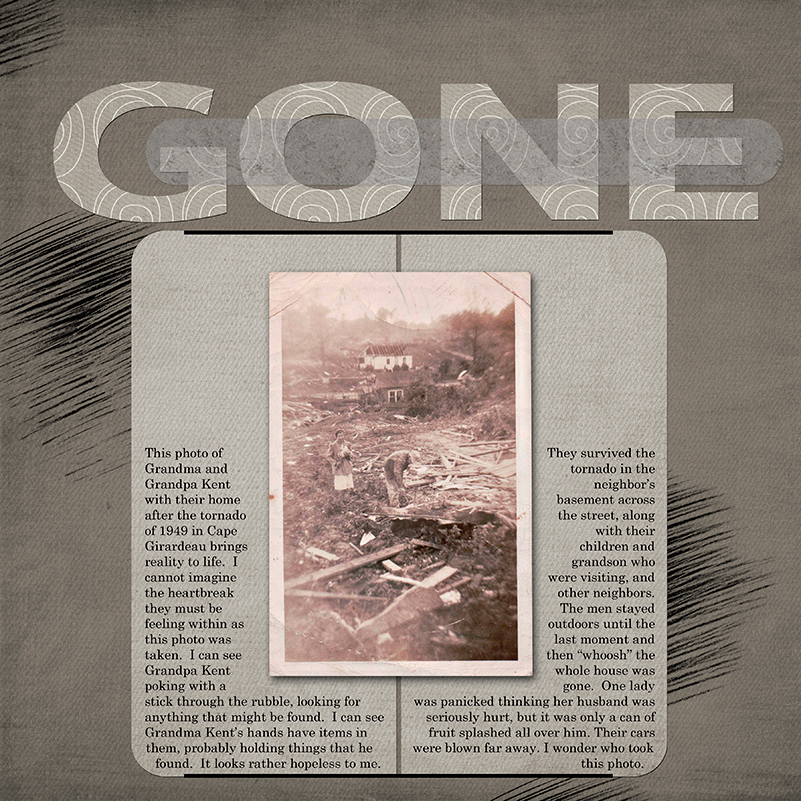 Pearl and Manna lived at 1525 Hill Street, Cape Girardeau, Missouri, overlooking the Mississippi River. Pearl and Manna's home was destroyed in the 1949 Cape Girardeau tornado. The family was provided with a temporary housing built on the same location and continued to live in it the rest of their lives, never building a permanent home. This temporary housing is still in existence today in 2022.

Pearl died June 4, 1954 at the age of 62 years. The couple had been married a few days short of 34 years. The family held a very large reunion in June near Manna's birthday for many years. Manna died November 30, 1988, at the age of 91 years, having numerous grandchildren and great-grandchildren. Pearl and Manna are buried at Iona Cemetery near Trail of Tears State Park in Cape Girardeau County.

The Cape Girardeau County Genealogical Society was organized in May 1970, a non-profit organization, its primary purpose is education in the field of genealogy. Membership is open to individuals upon payment of the annual dues of $10, or a couple for $15, per year, beginning in May. Life membership is available for a one-time payment of $250.

CGCGS publishes a quarterly "The Collage of Cape County" in March, June, September, and December, sent free to members. All members are encouraged to submit articles for publication.